The Niagara Region is without a doubt one of Ontario’s agricultural powerhouses with over 218,000 acres of farmland. Niagara grows a wide variety of fruits and vegetables but is most known for its tender fruit yields. The region produces over 90% of Ontario’s total tender fruit crops, returning approximately $100 million to the area every year.

Some of the most popular tender fruits in the area include grapes, peaches, nectarines, apricots, plums, pears and cherries. Niagara alone is responsible for 94% of Ontario grapes, 90% of peaches, apricots and nectarines, 80% of plums, 60-75% of cherries (sour & sweet), and 72% of pears!

What makes all this delicious growth possible? In addition to its rich agricultural land and the unique microclimate in Niagara, the region’s growing zone plays a large role in its ability to produce bountiful harvests. But what exactly is the growing zone that the Niagara Region falls in? Continue reading to find out!

What Is A Plant Hardiness Zone?

A plant hardiness zone, also known as a growing zone, is a geographical area that experiences a certain type of weather condition. These weather conditions have a direct impact on the species of plants that are able to survive and grow in these areas. Canada’s plant hardiness zones take into account extensive data about climatic conditions in order to provide insight about which plants will grow best in which areas.

There are a total of 10 zones in Canada ranging from 0 to 9, where 0 is the coldest and 9 is the warmest. Additionally, each zone is broken down into two subzones (a & b). Each zone in Canada was determined by a combination of factors including average minimum temperature, frost-free days, rainfall, and other variables. The Niagara Region is actually home to not one, but two different growing zones as seen below. 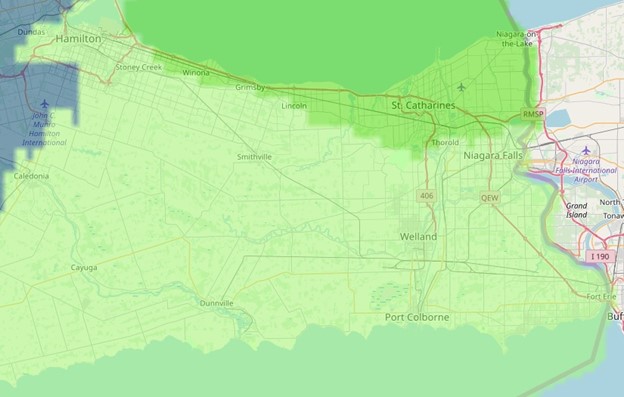 The majority of the Niagara Region lies in growing zone 6b. According to the USDA hardiness zones, which are comparable to the Canadian hardiness zones, the average minimum temperature in this zone is between -20.6℃ and -17.8℃ (-5℉ to 0℉).

The average last frost date in this zone is around May 7th, while the first frost date falls around October 6th. This leaves zone 6b with an average growing season of over 150 days. Zone 6b is an excellent zone for growing fruit trees such as apples, cherries, pears and plums.

The northern shore of the Niagara Region, including cities and towns such as Grimsby, St. Catharines and Niagara-on-the-Lake, fall into a different hardiness zone than the rest of the region. This area falls into zone 7a, where the average minimum temperature is -17.8℃ to -15℃ (0℉ to 5℉).

The average last frost date in this zone is also around May 7th, while the first frost date falls around October 19th. This leaves zone 7a with an average growing season of about 164 days. Zone 7a is also an excellent zone for growing fruit trees such as apples, cherries, pears and plums while also offering comfy homes to more fragile fruit such as peaches and nectarines.

Are You Looking To Buy A House In The Niagara Region?

If you are looking to own property in one of Ontario’s prime agricultural areas, contact Davids & DeLaat today. The Niagara Region is our area of expertise, we are always up to date in the local market and we know just how to help you get what you want. Take a look at the current MLS listings in Niagara today to get started!

Guide to Buying a Home in Niagara 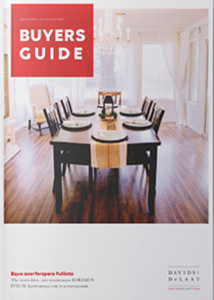